rel="nofollow" attribute was invented by Google in 2005, then Yandex began to support it, however, the evolution history of this attribute in Yandex and Google has its own differences. Nofollow attribute for both search engines was originally intended to “disable” the link from the acceptor (a page the link refers to) ranking process. However, later, the concepts of measuring link weight in Yandex and Google diverged greatly and rel="nofollow" attribute began to be used in different ways.

Traditionally, Yandex is more advanced in terms of link ranking, since spam industry has become more widespread in the post-Soviet space. Google, on the contrary, is traditionally cautious and not inclined to apply innovations until their necessity becomes obvious.

This generally applies to all ranking algorithms. Yandex is ahead in almost all matters and is unlikely to concede. For example, Yandex introduced behavioral factors back in 2009 together with Matrixnet (https://yandex.ru/company/technologies/matrixnet), and Google officially denied their existence until 2014 and also officially announced their use only in 2019. Obviously, Google started using behavioral factors somewhere in between 2014-2016.

According to Google, the robot doesn’t follow the links with nofollow attribute and they don’t provide PageRank, which was true until now. The fact that Google finally issued new attributes for links (rel="ugc" and rel="sponsored"), just confirms that the attitude to nofollow itself is no longer the same as before.

Most likely Google followed Yandex in this regard. That is, they also do not provide PageRank, but robots will definitely follow these links, as well as influence the donor's PageRank (depending on the recommendation quality). The ban on robot following generally falls out of the concept of indexing the Internet space, and even more so evaluating the link quality, which involves checking what the acceptor contains. This should have happened sooner or later. In support of this view, Google recently announced on Twitter (https://twitter.com/googlewmc/status/1171460946037858304) that it will be possible to use nofollow as a ban on indexing until March 1, 2020.

That is, we can clearly say that by this time nofollow will affect the donor's pagerank. In fact, this is already so, but it is not yet guaranteed that this will affect a specific website.

Google announced the introduction of new attributes in its Webmaster: https://webmasters.googleblog.com/2019/09/evolving-nofollow-new-ways-to-identify.html.

Will the link weight be provided with nofollow? 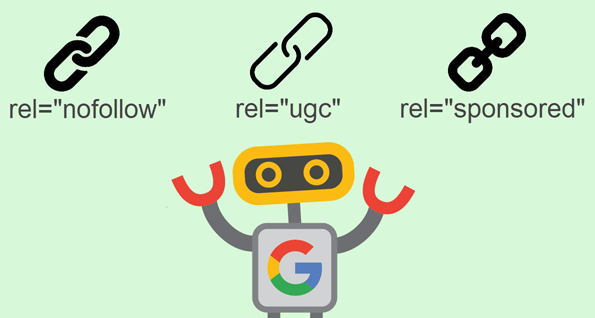 My opinion is – NO, because "no follow" literally means that the linker is NOT responsible for the acceptor contents, and simply put, this is an advertising link, and "I" have nothing to do with it, I just wanted "to earn "money. This is a very common motive, so if nofollow attribute did not exist, it should have been invented. So if you have links in this form, nothing requires changing on your website.

Links are for different purposes and are used in different environments (which affect the behavior of those who click on it), so it is extremely important for search engines to know why and under what conditions they are placed. This affects how they will influence ranking of both the donor and the acceptor.

Due to the fact that the content of social networks and forums is fundamentally different from the content of regular websites and contains much irrelevant text (especially in comments), the links from there influence ranking of the acceptor and the donor in a completely different way. Search engines do not analyze the text on social networks; the noise level is too high and it is impossible to understand the link relevance to the original post and to the topic of discussion in comments in general.

That is, on social networks and forums, the link source and its relevance to the text is not so important as who exactly inserted this link personally. Roughly speaking, whether the linker is an opinion leader regarding what he/she recommends on link anchor and which extent to.

Note: It is no accident that we used the "assign" term. The fact is that the link weight does not pass from the donor to the acceptor, as most optimizers believe. It is assigned to both the donor and the acceptor.

That is why Google wants to know where the link originates. The issue is simpler with social networks, because search engine already knows what kind of resource it is, but for blogs and forums, the new rel="ugc" attribute is relevant.

For other types of content, rel="sponsored" attribute should be used, which will tell Google that it should evaluate link anchor as usual, i.e. based on its relevance to the page and "packet" of related words in a near-link environment. The presence of rel="sponsored" attribute also clearly indicates that the link is advertising and search engine will know for sure that you receive a monetary reward for it.

In real affiliate links, it is prohibited to use the attribute.

Should we expect the attribute line expansion in the future?

Undoubtedly, since many aspects of motivation to set links for different cases are required to be encrypted. In my opinion, the number of attributes for social networks will be more than one.

It is not profitable for Google to introduce a lot of attributes and settings in general, because only optimizers use settings. This supports the SEO industry, which means Google makes itself lose part of the profits. Yandex is traditionally greedy, it is generally against any settings, and the fewer they are, the better for it. But this is just a case where Yandex will have to introduce something similar.