The KeyClusterer program is designed to group the semantic core using the Hard and Soft methods. Besides clustering, KeyClusterer is also equipped with a feature of manual phrase grouping, which became available after auto clustering of search queries. 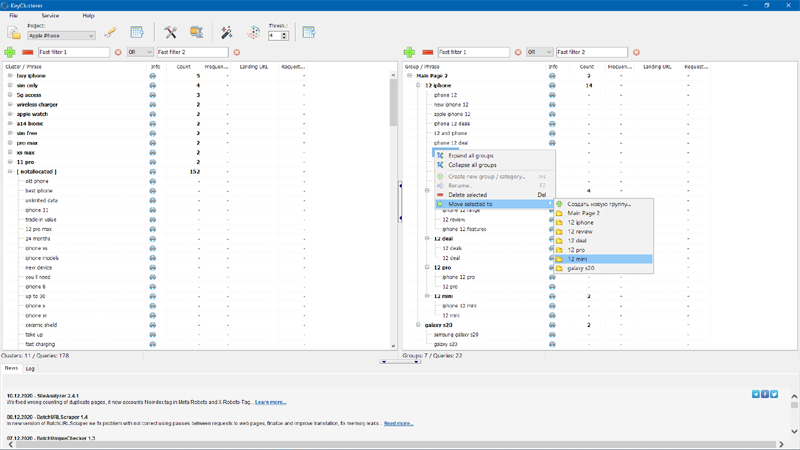 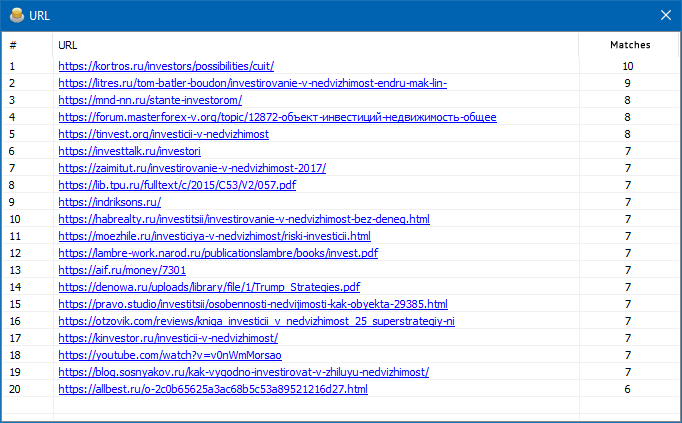 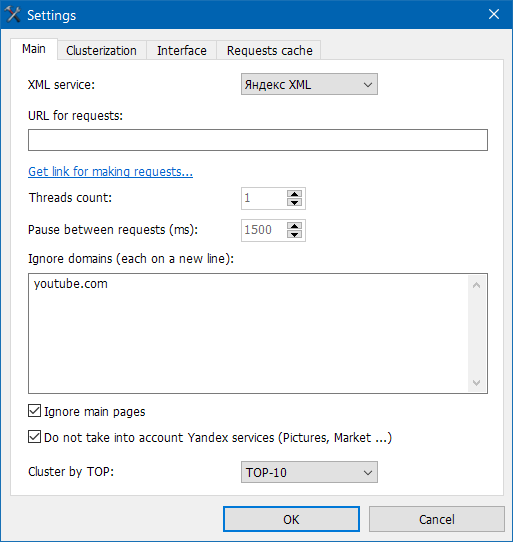 The program can import search results from Google and Bing SERP data to group phrases offline (see example of an import file in the archive).